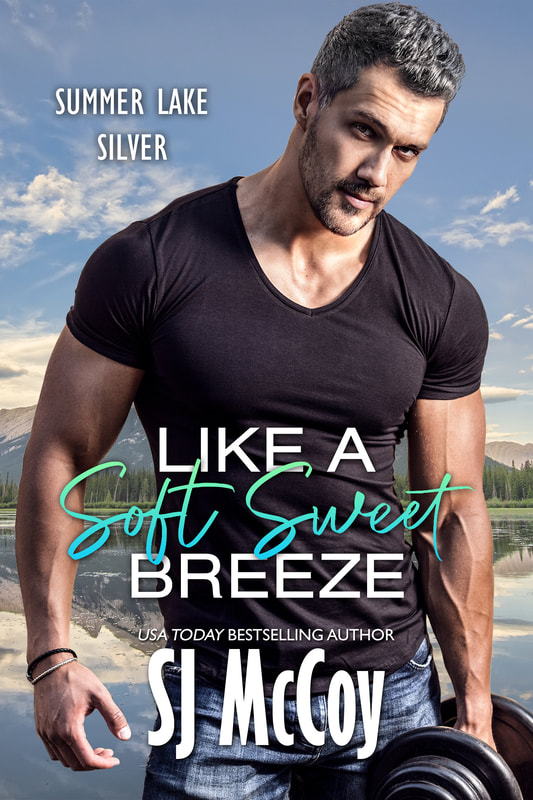 Buy Direct and Save!
​​​Russ and Alexandria's story is coming soon!

​Will release live and at a discount at SJMcCoyBooks.com

Or preorder your copy from the usual retailers on Friday January 28:

If you've read the earlier Summer Lake Silver books, then you've already met Russ. He owns the gym. Cal, Manny and Ryan, and a bunch of the other guys in town work out there. Russ is a laid back kind of guy. If you read Milkshakes and Mistletoe - and don't worry if you haven't you don't NEED to, but you might like to - you've already had a glimpse of Alexandria DuPont. She's the CEO of DuPont Wineries, matriarch of the Dupont family. She might not be the kind of woman you'd imagine Russ going for, but I've been asking him for a while how he saw his story going and as soon as he heard about Alexandria, he decided that she was the one for him!

Russ leads a pretty laid-back life these days. After serving his whole career in the Marine Corps, he came back to the town where he grew up and opened a gym.

He has a great house on the lake, he loves his business and what it does for his clients, and he has a great bunch of friends. Life is good.

Okay, so he doesn’t have a woman. He doesn’t need one. Doesn’t think he’d want one. He’s finally building a real relationship with his daughter. But she’s the only woman he can see in his future.

When Alexandria Dupont walks into the gym, all Russ sees is a stressed-out, aloof woman – but even then, he senses that there’s more to her. Perhaps she’s an acquired taste, like fine wine.

Alexandria Dupont is not in Summer Lake by choice, but of necessity.

Some people might not see it as necessity, but she most certainly does. She’s recuperating. She was rushed into the hospital at home in Napa just before Christmas with a suspected heart attack.

It wasn’t a heart attack. It might almost have been easier to face people if it were. But no, it was an anxiety attack. Her father would turn in his grave! He raised her to be stronger than that.

So, she’s in Summer Lake to recuperate – she’s not hiding out, not really.

She’s supposed to be taking it easy, but she doesn’t know how. She’s the matriarch of Dupont Wineries. She runs the company, it’s what she was raised to do, all she’s ever known.

NOW LIVE and at a discount at  SJMcCoyBooks.com

Or preorder your copy from the usual retailers on Friday January 28:

Buy Direct and Save!