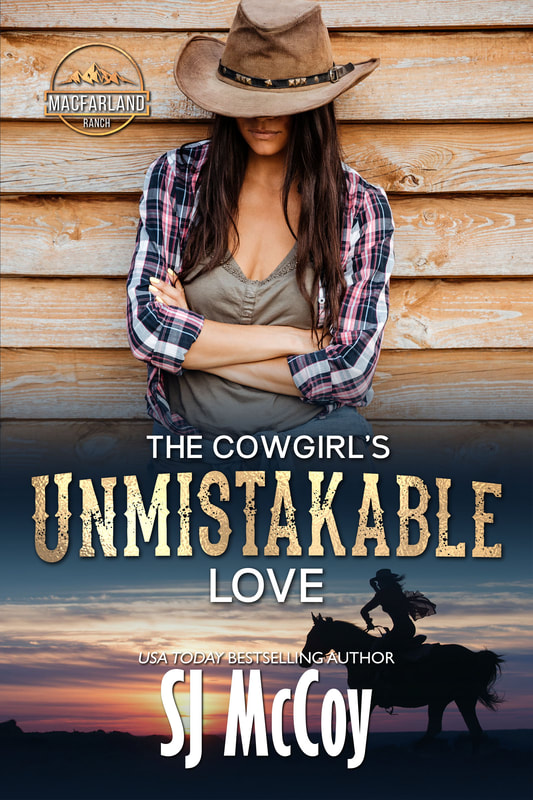 Click here to Buy Direct and Save NOW!
Get it at a discount when you buy direct from SJMcCoyBooks.com

Add it to your Goodreads

While there are six sexy cowboy brothers in the MacFarland family, their sister, Jane, would never describe herself as sexy, or even good-looking. As far as she's concerned, she's just plain Jane - and she's fine with that.

She doesn't need people lying to her to make her feel better about herself. She’s good at her job and takes good care of all her animals. She’s a decent person, and that’s all that matters.

Her brothers and her friends know better than to try and talk her up. But newcomer to the valley, Rocket, hasn't learned yet. He keeps telling her that she's beautiful. She keeps telling him that he's mistaken.

Rocket had a rough childhood - to put it mildly. He grew up in foster care, shunted from one placement to the next. He mostly prefers animals to people. Animals are more straightforward and honest with their emotions. He's landed himself in trouble in the past protecting them, but he has no regrets.

Women have always thrown themselves at him, and he doesn't mind obliging them. They only want him for one thing, and that's the only thing he's interested in sharing with them.

Until Janey. She's the kind of woman he thought he'd never meet. She's smart; she's a veterinarian. She loves animals just as much as he does. She's kind and has the biggest heart. She's the most beautiful person he's ever known and ... she claims that she's not interested.

She refuses to believe him when he tells her that she's beautiful. She tells him that he's mistaken. But he's not.

There's no mistaking the fact that he's falling hard for her, but how will he convince her that she's everything he wants?

Get it at a discount when you buy direct from SJMcCoyBooks.com

Add it to your Goodreads
​
​