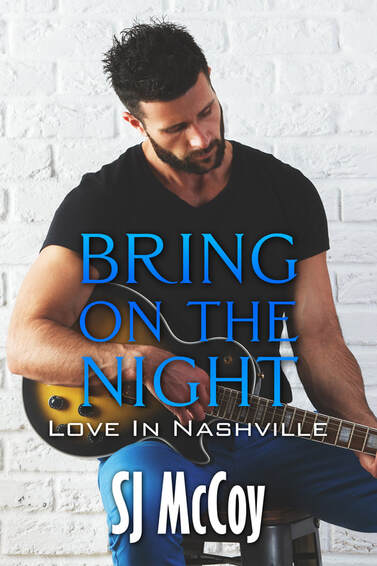 Buy Direct and Save!
Out now in eBook and Paperback!

Bring on the Night - Love in Nashville, Book One - Autumn and Matt.

​She's the head of a major country music record label. She's worked hard to get where she is. She demands the best of herself—and of everyone around her.

He's the label's biggest star—and the biggest pain in the a** she ever met. It's not that he's one of those arrogant musicians; to be fair, he's not a bad guy. In fact, he's a great guy.

It's just that he irritates the life out of her.

Because, although she can see his charms, she's not one of those women who's going to fall for them.

Sure, he's hot. Sure, he's sweet. What woman wouldn't fall for him? She's managed to avoid it for all the years they’ve worked together, but something is changing.

What she doesn't know is that he's finally decided he doesn't want to wait any longer to make her his girl.

Matt will melt your heart as he makes his play for tough girl, Autumn.

Pick up your copy of this sweet and steamy first book in the new “Love in Nashville” series from SJ McCoy.

Now LIVE!  - Click here to add it to your TBR on Goodreads