Watch the trailer and go grab your copy

As they walked, Emma caught glimpses of their reflection in store windows. He was so handsome. And she had to admit that they did make a lovely couple, him tall and dark, making her look tiny and blonde at his side. They walked down by the waterfront. It was a beautiful evening and the moon shone on the water. Jack grabbed her by the hand and pulled her across the street.

They stood leaning on the rail, looking out at the surf.

“I love living by the water.”

She smiled. “Well, you’ll be living by some different water this summer.”

They stood in silence looking out. Jack inched closer to her, and she laughed and edged away. He slid closer again and this time she stood her ground and hip checked him. Undeterred, he edged closer still until their sides were touching. Her heart beat fast as she waited to see what he had in mind. She stayed still, staring out at the ocean as he moved behind her and placed his hands either side of hers, looking out over her shoulder. Her whole body trembled at the nearness of him. Oh my. Sensible was such a silly word! His mouth came close to her ear.

She stayed frozen to the railing. With one hand he swept the hair away from the nape of her neck and brushed his lips against the smooth skin there. She felt her knees go weak, grateful the railing was there to support her. His mouth was by her ear again, his warm breath sending goose bumps racing down her neck and arms.

“Turn around, Emma,” he said again, this time a little more insistent.

Slowly she turned to face him. He held onto the railing on either side of her and leaned his weight against her. She was amazed by the tenderness in the brown eyes looking down at her. He lowered his lips towards hers, holding her eyes the whole way. She stared back at him, unable to believe this was happening. He paused with his mouth an inch from hers.

“Stop me now if you want to,” he murmured.

With a will of their own her hands reached up and buried themselves in his hair; it felt as soft and silky as she had imagined. She saw the smile spread across his face in the moment before his lips met hers. Slowly he ran his tongue across her bottom lip, waiting for her to respond. She parted her lips and kissed him back, darting her tongue inside his mouth which seemed to ignite him. He let go of the rail, holding her close with one hand at the small of her back and the other cupping the nape of her neck, holding her in place to receive the passionate kiss with which he was announcing his intentions. Slowly he raised his head and framed her face between his big hands. She stared up at him, her heart beating wildly and her mind spinning. A single kiss had never had this effect on her before.

She shook her head, unable to speak. He kissed her lips again and she let him, surrendering to him, allowing him to explore her mouth with his tongue, meeting him with her own. He lifted his head again and smiled at her.

She shook her head dumbly. She was suddenly aware that her hands were still caressing his hair. She quickly brought them down and they landed on his chest where she felt his heart thundering through his shirt. She pushed with both hands against him, but he just held her closer to him.

“Don’t push me away, Emma, please?” She looked up, surprised by his tone. He was staring at her with longing in his eyes.
“I’m sorry. I know I shouldn’t have kissed you, but I couldn’t resist you.” She stared at him. “Please say something?”

“I didn’t stop you,” she stammered.

“See!” he smiled, his confidence returning. “You didn’t stop me because you wanted to kiss me too, and don’t say you didn’t enjoy it.”

Emma was quickly regaining her senses. She shook her head. “But we’re just friends,” she insisted.

Jack’s hands fell to his sides. “You kiss me like that and then say we’re only going to be friends?” His victorious smile was fading fast.

“Jack, I already told you, you can keep trying all you like, but… we’re just friends.”

“Okay, how about friends with kisses?” He was trying to make her laugh again. Despite herself she had to smile at him. She began walking again to her apartment, which wasn’t far now. He walked backwards in front of her. “Friends who kiss sometimes?” he held his hands out hopefully.

She couldn’t help but laugh. “Friends who kissed once.”

“And who enjoyed it?” he raised his eyebrows.

She shook her head, amused by his playful determination.

“Is that a shake of the head for no?” he asked, stopping dead in front of her so that she walked right into him. His arms closed around her once more. She stepped back, not daring to stay that close to him.

“I was shaking my head at you, not in disagreement with you.” She kept on walking.

“Okay, then,” he smiled. “Friends who kissed once and enjoyed it. Do I have it right now?”

She gave a small nod, grateful that they were almost to her building. She needed to escape from him now, because she badly wanted to kiss him again and that wasn’t how this was supposed to be working.

“How about friends who kissed once and enjoyed it so much they will kiss each other again, deeply and often?”

She couldn’t help but laugh. He was nothing if not persistent, and he certainly knew how to make her laugh. She stopped abruptly in front of her building and looked up at him.

“Friends who must say goodnight now and who will see each other with their other friends out at the lake,” she said with a smile.

“Friends who are going to have coffee before they say good night?” he asked.

She shook her head. “I’ll see you at Pete’s this weekend.”

He gave her a rueful smile. “Thanks for tonight, Emma. This was good.”

“It was good. I enjoyed it so much, Jack. But, it really is best for us to be friends.”

He nodded and gave her a hug. Then he tipped her chin with his thumb and, holding her eyes with his, he slowly placed a chaste kiss on her lips. He stepped back and smiled.

“Friends who kiss goodnight.” With that he turned and was gone.
Click on one of the retailer links below to get your ebook now 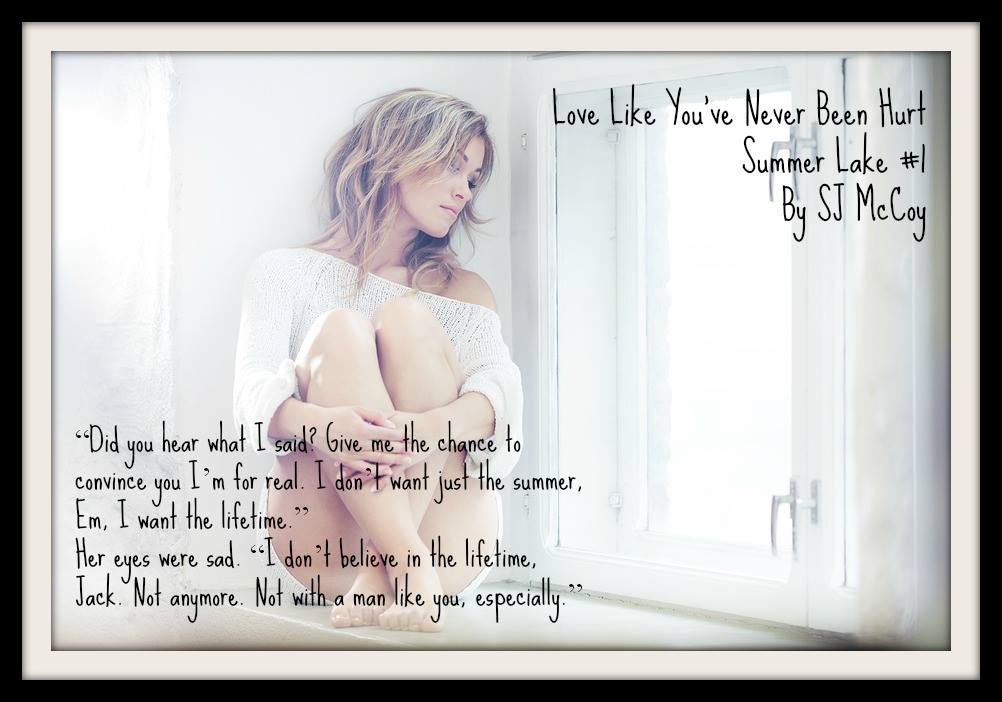 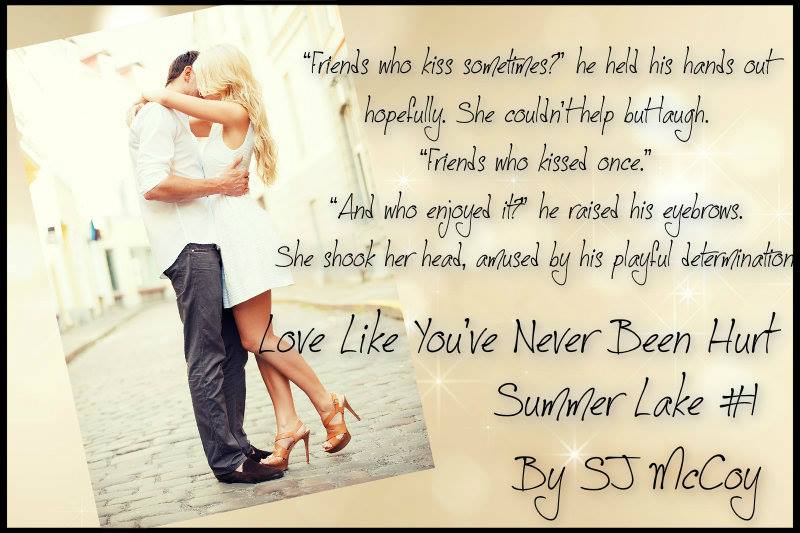