A Dream Too Far is available now! 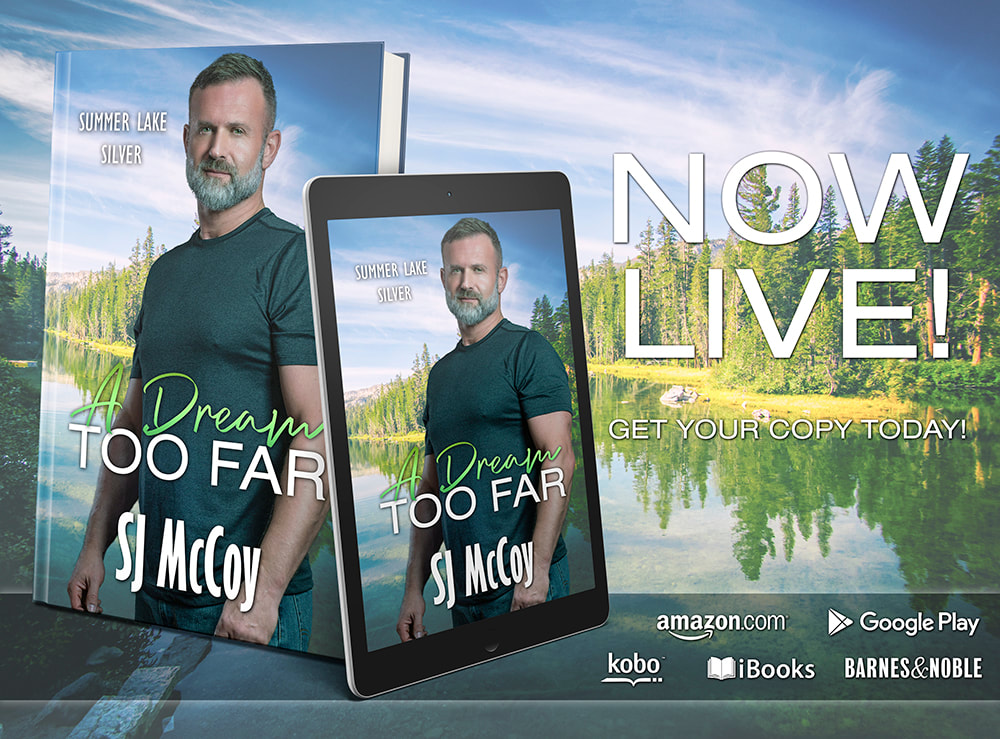 Buy Direct and Save!
Now available at the following retailers:

When your forties are fading in the rear-view mirror, and your happily ever after wasn’t as long or as happy as you thought it would be. What then?

Do you still have any dreams left to chase? Do you even want to?

Chris’s happily ever after was more of a nightmare than a dream.

But that was a long time ago. These days, she lives a full life. She dates sometimes. Just because she’s in her fifties doesn’t mean she’s forgotten how to have fun. But a love of her own? That might just be a dream too far.

Seymour’s dreams came true when he married young and had a daughter.

He doesn’t believe in dreams anymore. Since his wife died, he’s hidden himself in his work. He’s made more money than one man could ever need. He’s rebuilt the bridges he burned with his daughter. He’d even go as far as to say he’s content.

But falling in love again? That’s not even a wish for him, let alone a dream.

Until he meets Chris …

Pick up your copy of this heart-warming romance today and you’ll laugh and cry as these two figure out whether old enough means wise enough to love again—or whether a happily ever after at their age is just a dream too far.
​
Amazon US   Amazon UK   Amazon CA   Amazon AUS   Google Play   B&N   Kobo   Apple iBooks
​
​​Click here to Add to your TBR On Goodreads.

Due to adult language and content this book is intended for readers age 18 and over
​
Buy Direct and Save!
​Chapter One