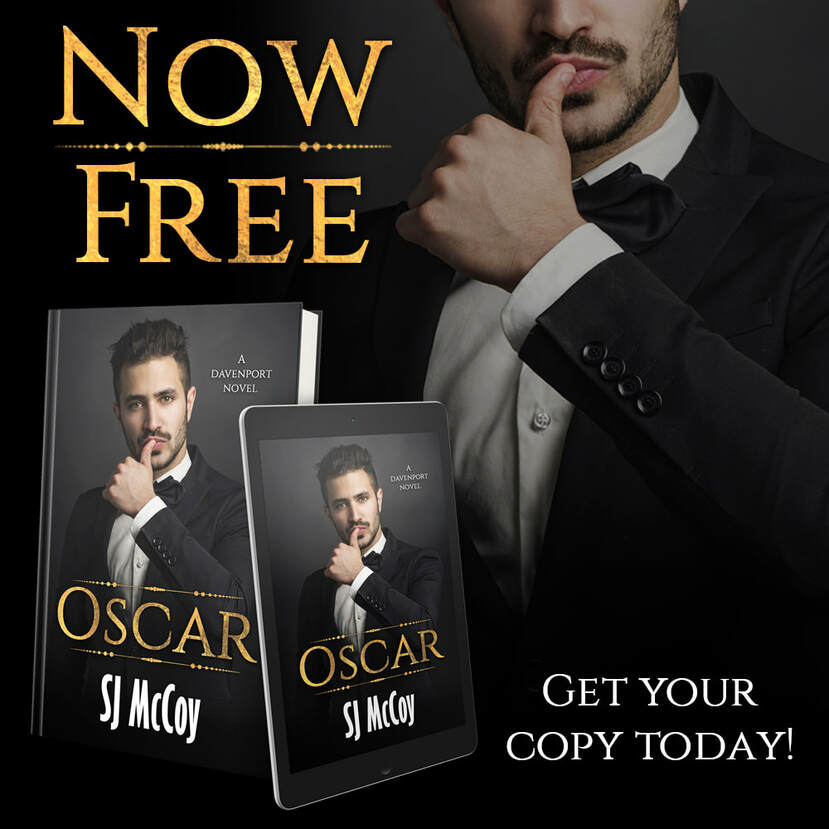 ​Oscar Davenport always wins. Always. He doesn’t come second, and he sure as hell doesn’t lose. He’s founded and sold three tech companies, netting him almost a billion dollars. He ran a hedge fund worth hundreds of billions—until he got bored. His latest project, Six, a nightclub in LA is another winner. It’s both a successful business and a playground full of playmates.

The enemy is Oscar Davenport, and his lair is his swanky nightclub. When she lays eyes on him, she’s ready to believe he’s the devil incarnate. His wicked smile, his beautiful eyes—everything about him is an invitation to sin. He moves with the grace and arrogance of a big cat about to pounce. Unfortunately, he’s moving straight toward her. He’s singled her out as his prey. He’s moving in for the kill.

Little does he know that she isn’t about to surrender; in fact, he’s in for the fight of his life. 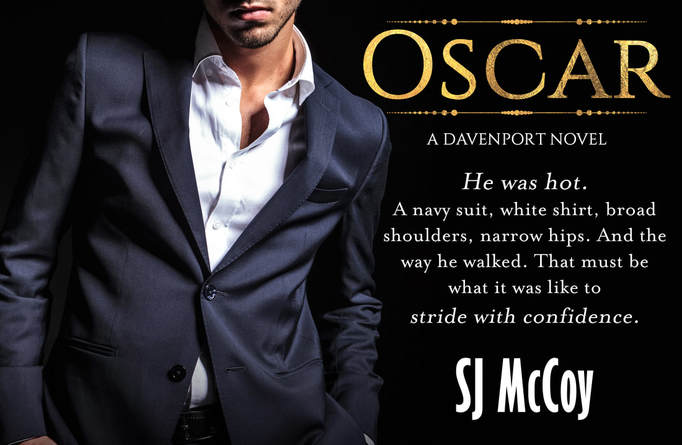 Here's an excerpt for you:

Once she was inside the elevator, she jabbed at the button again, this time trying to make the doors close. She really was shit out of luck this morning. Just as they began to slide together, a set of long, strong fingers slipped between them, and they slid open again. And there he was.
He stepped inside with a smile and a nod, then pressed to go to the eighteenth floor. Shit. That was her floor. He couldn’t go there.
“What do you need?”
She stared at him blankly. “Need?” Could he somehow see inside her mind, see all the months of a dry spell that had gone on way too long? Or could he see the images floating inside her head? Images of what the two of them could do if the elevator somehow got stuck.
The corners of his lips curved upward again. That just might be the sexiest smile she’d ever seen. “Which floor?”
“Oh!” Well, wasn’t she an idiot? Her mind raced. She couldn’t get off the elevator with him. He might think she was following him. “Seventeen.”
He hit the button, but before they started to move, the doors slid open again. Thank God for that!
Two men and two women came in and turned to face the doors, leaving Grace and the Big Cat alone in the silent space behind them. Grace gripped the tray with her two coffee cups and stared determinedly at the numbers above the door. She’d always suspected this was the world’s slowest elevator, but this morning’s ride confirmed it. Every second was torture. She could smell him—all citrus and man. She’d swear he was looking at her, but she refused to allow herself to sneak a peek. He’d catch her.
She tried looking down at the coffee cups, but that just made a strand of her hair fall across her face. She wrinkled her nose and tried to blow it away, then she froze. There were those long, strong fingers again. They brushed her cheek as they took the errant strand and tucked it behind her ear. If the heat had surged through her when he held the door open, then her blood was boiling in her veins right now. All the little hairs on the back of her neck stood up and sent shivers racing down her spine. Even her scalp tingled. She turned. How could she not?
Those big brown eyes were twinkling with amusement. “I hope I didn’t overstep? You looked uncomfortable.”
She shook her head mutely. What could she say, even if she could find the breath to speak?
The elevator stopped, and she silently begged the people in front of her not to get out. They couldn’t leave her alone in here with this guy—she would not be responsible for her actions. To her relief, they didn’t. Instead, two more got in, and that was quite a crowd. Everyone shuffled back a little. She had no clue how it happened, but somehow, she ended up face to face with Big Cat. She was in the corner, and he was right there in front of her, staring down into her eyes, that quirky little smile playing on his face again. She’d had a laugh with Spider the other night when one of the customers had tried hitting on her in the coffee shop. She’d told Spider that her sexual desires were dormant. Hell, had she been wrong about that. Standing here, face-to-face with this guy, she discovered that her sexual desires weren’t just active—oh, no, they were rampant. She was grateful for the tray of coffee she was gripping. It gave her hands something to do that kept them from reaching up to touch his face, maybe sinking into his hair or even sliding around his waist.
“Are you okay?”
She nodded rapidly, meeting his gaze briefly. Even she heard the gasp she made when he rested his hand on her hip. What was he doing? You didn’t just do that to a stranger in a crowded elevator.
“Are you sure?” He looked worried now.
She looked down to where his hand rested on her hip. Except it wasn’t his hand—it was the purse the woman in front of her had slung over her shoulder. Grace couldn’t help it. She laughed. Wow, she needed to get laid. Okay, the guy was attractive, but he shouldn’t affect her this badly. “I’m fine, thanks. Have a great day.” She edged her way to the front and squeezed out through the doors before they had a chance to open fully on the seventeenth floor. She couldn’t help it. She had to look back before they closed. He’d made his way to the front, too. He met her gaze with a smile.
Bye, Big Cat. She bid him a sad farewell. At least, in the real world, the world where she’d never see him again. She had a feeling her imagination would be seeing a lot more of him in the nights to come.
She smiled back at him; there was no harm now. And he winked! The arrogant prick actually winked at her. She stood there staring as the doors slid shut, and then he was gone.
Click on your usual retailer to pick up your copy now:
​
​Amazon US     Amazon UK     Amazon AU     Amazon CA     Google Play     Kobo     B&N     Apple 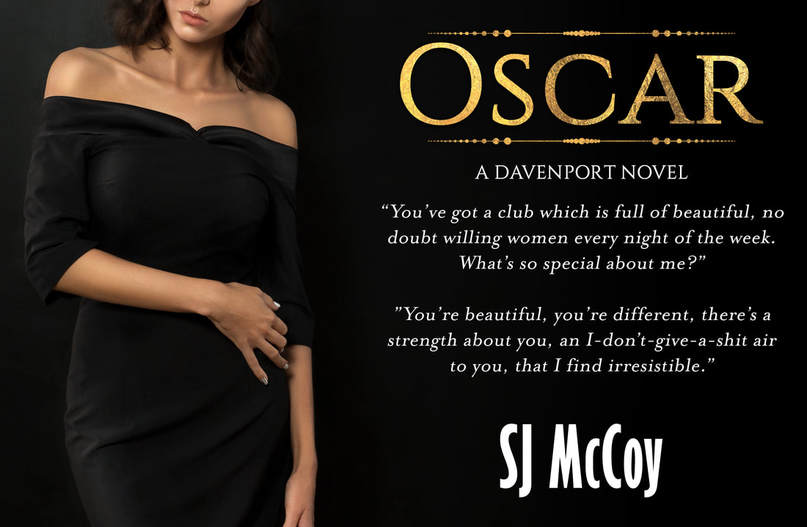 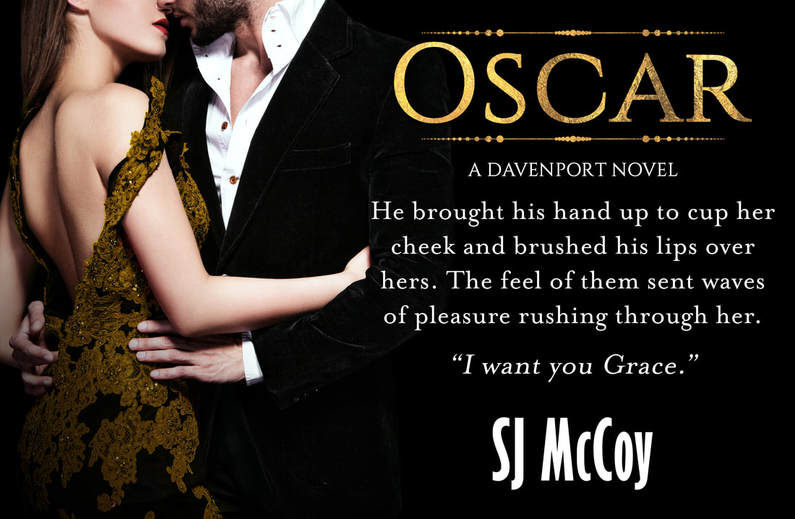