​Summer Lake Silver romances feature couples in their fifties and older. Just because a few decades—or more—have skipped by since you were in your twenties it doesn’t mean you can’t find love, does it? Summer Lake Silver stories find happily ever afters for those who remember being thirty-something—vaguely.
Summer Lake Silver
Get Book One for 99 pennies
Sale ends soon. Pick up your copy today from:
​Google Play   B&N   Kobo   Apple iBooks   Amazon US   Amazon UK   Amazon CA   Amazon AUS​
music’s biggest names. She’s raised a daughter and given her everything she needed to go out and succeed in the world. 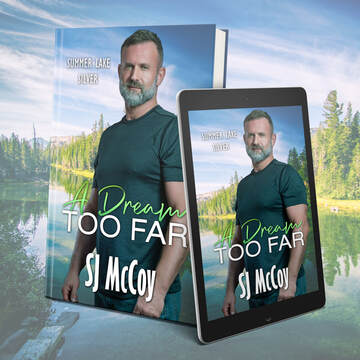 Book Two in the Summer Lake Silver Series, A Dream Too Far

If you've been with me for a while, Seymour and Chris will be familiar to you as Hope's dad and Jack and Dan's mom. If you're new to me and my books - don't worry, you don't need any background to enjoy this story for what it is.

​It's a tale of two people in their fifties who were each widowed young and who raised their children alone. He lost himself in his work, she filled her life with family and friends. Neither of them is looking for love, they each believe they're doing okay. They're about to find out that they could be a whole lot happier—together.

Where the Rainbow Ends, Summer Lake Silver Book Four is out NOW!